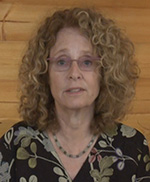 Jessica Benjamin is a relational psychoanalyst practising in New York City, and the author of several books on the theme of recognition. She is best known for The Bonds of Love: Psychoanalysis, Feminism and the Problem of Domination which has been translated into many languages. Starting out as a social activist in the U.S. civil rights and anti-war movements, she became a feminist activist as well. She spent part of her graduate education studying social theory in Germany, where she experienced first-hand the legacy of the perpetrators’ children in contrast to her own experiences growing up as an American Jew.

Her interest in the dilemmas of victims and perpetrators, both in clinical work and in social trauma, led her to focus on the need for acknowledgment of suffering and for social recognition. She is at present writing about the problem of ‘failed witness’, the role of public denial in personal and collective trauma, and the need for restoring the function of public witnessing.  Her current work also reflects her experiences with psychologist activists involved with post-trauma therapy in Chile and post-reconciliation work in South Africa. She would like to thank all those involved in those projects from whom she learned so much.

Jessica teaches on the faculty at the New York University Postdoctoral Psychology Program in Psychoanalysis and Psychotherapy and on the Stephen A. Mitchell Center for Relational Studies in New York, which she co-founded. She also lectures and supervises all over the world, presenting her perspective on psychoanalysis (including gender development and intersubjectivity) as well as on the need for acknowledgment of collective trauma.